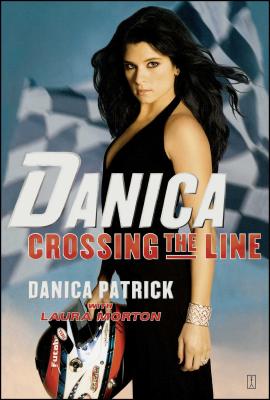 Danica Patrick's life moves at 220 mph. She drives every race and lives every day like she has something to prove -- and she does. As a 5-foot 2-inch, 100-pound woman, she had to qualify a little quicker and race a little faster than the boys -- just to earn the respect she would otherwise be given if she weren't the "girl on the track, driving the princess mobile." But you don't get to be an IndyCar driver without talent and determination. Danica is living proof that if you work hard and aim high, you can do whatever you set your mind to, that you can rise to any challenge, and that what makes you different is what makes you great.

Sharing secrets and stories, tales from the track, and insights into her personal life, Danica reflects on her extraordinary rise from a ten-year-old go-kart champion to a twenty-three-year-old Indy star. An inspiration to all, she offers her unique perspective on how to compete in life, how to stand out, and how to get the respect and attention you deserve.

Danica Patrick, the 2005 Indianapolis 500 Rookie of the Year, is the highest qualifying and finishing female driver in the history of the Indianapolis 500. Danica was nominated for Best Breakthrough Athlete for the 2005 ESPY Awards and named the second most influential driver in motor sports by Racer magazine. She is listed as one of the 100 Leading Women in the North American Automotive Industry, by Automotive News, and was named a finalist for Sportsman of the Year by the Women's Sports Foundation.

Laura Morton is the author of twenty-three books and has written seven New York Times bestsellers, including books with Melissa Etheridge, Joan Lunden, and Marilu Henner.
Loading...
or support indie stores by buying on