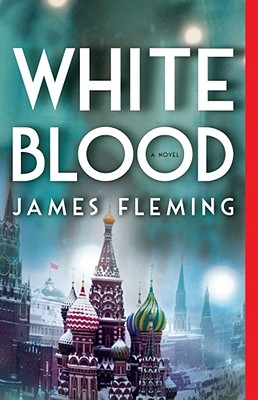 An epic novel of Russia on the eve of revolution

The son of an English father and a Russian mother, Charlie Doig is a big man -- big in stature and big in spirit. A naturalist, he roughs it around the world collecting birds and insects for museums. In 1914 he is on a mission for the Academy of Sciences in Russian Turkestan when war breaks out. His pay is stopped and his companion goes off to enlist. Doig, however, has no intention of volunteering to be killed. He returns to the Pink House, his family's home near Smolensk, and to the woman he loves, his cousin Elizaveta.

At first the Pink House remains almost untouched by outside events, and the familiar ways continue as before. But imperial Russia is doomed and with it all the old certainties. Trapped by the snow with Doig and Elizaveta are a motley collection of old aristocrats, their servants and hangers-on -- and two soldiers who have sought refuge with them, one of whom, Doig fears, is a Bolshevik out to destroy them all.

Beautifully written, richly imagined, by turns savage and tender, this exhilarating novel confirms James Fleming as one of the very best novelists at work today.

Praise For White Blood: A Novel…

"An extraordinary novel.... Readers will surely welcome its author to the ranks of our greatest living story-tellers." -- The Literary Review

"I'm grateful to Fleming for reminding me just how exciting a good novel can be." -- Sue Baker, Publishing News

"White Blood is more than this, but it is first of all a meticulously researched act of reconstruction.... The narrative, the dialogue and the intensity of Doig's emotions drive the story to a savage climax that reads like a modern thriller. It is the best sort of historical novel." -- The Spectator

"A historical novel with the right kind of hero: virile, ruthless, adventurous.... The description of the estate and its inhabitants, the nearby village and the distant rumours of war and revolution are all superbly handled." -- The Independent

"Beautifully written, with baroque energy and style." -- The Daily Telegraph

"Moving and gripping....Fleming captures the contradictions of the period and the rich flavours of elegance and terror compellingly. This is a tense, thrilling and at times darkly comic novel with a complex central character who, in the best passages, bursts off the page." -- Time Out

James Fleming was born in London in 1944, the fourth in a family of nine children. He read history at Oxford and has been variously an accountant, farmer, forester and bookseller. The author of two previous novels, The Temple of Optimism and Thomas Gage, he lives in Scotland. Visit him online at jamesfleming.co.uk.
Loading...
or
Not Currently Available for Direct Purchase