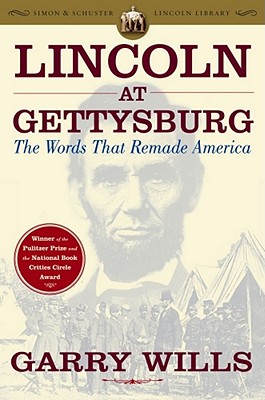 The Words that Remade America

In a masterly work, Garry Wills shows how Lincoln reached back to the Declaration of Independence to write the greatest speech in the nation’s history.

The power of words has rarely been given a more compelling demonstration than in the Gettysburg Address. Lincoln was asked to memorialize the gruesome battle. Instead he gave the whole nation “a new birth of freedom” in the space of a mere 272 words. His entire life and previous training and his deep political experience went into this, his revolutionary masterpiece.

By examining both the address and Lincoln in their historical moment and cultural frame, Wills breathes new life into words we thought we knew, and reveals much about a president so mythologized but often misunderstood. Wills shows how Lincoln came to change the world and to effect an intellectual revolution, how his words had to and did complete the work of the guns, and how Lincoln wove a spell that has not yet been broken.

Praise For Lincoln at Gettysburg: The Words that Remade America…

"Dazzling . . . Wills is at his best, and his best may be the best that has ever been written about the Gettysburg Address as literature. Boldly revisionist and intoxicatingly original." -- Chicago Tribune

"Garry Wills' glowing reconstruction of Lincoln's words and the circumstances gives us a real understanding of what we rote-memorized as school children. This is what history is all about." -- Studs Terkel

Garry Wills is the author of 21 books, including the bestseller Lincoln at Gettysburg (winner of the 1992 Pulitzer Prize and the National Book Critics Circle Award), John Wayne's America, Certain Trumpets, Under God, and Necessary Evil. A frequent contributor to many national publications, including the New York Times Magazine and the New York Review of Books, he is also an adjunct professor of history at Northwestern University and lives in Evanston, Illinois.
Loading...
or support indie stores by buying on
(This book is on backorder)