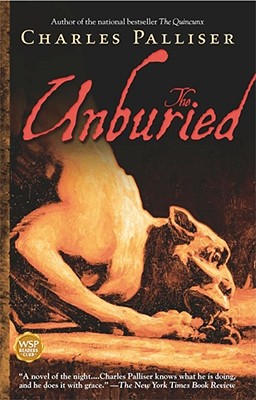 In Victorian England, Dr. Courtine is invited to spend the days before Christmas with Austin, a friend from his youth, in the Cathedral Close of Thurchester. Courtine hopes to research an unsolved mystery at the cathedral library, but when Austin captivates him with the story of the town ghost -- a macabre tale of murder and deception dating back two centuries -- Courtine finds himself drawn instead into a haunting world of avarice, skullduggery, and exceptional evil.
Daring, unpredictable, atmospheric, The Unburied is a dazzling entry in the canon of classic Victorian masterpieces of suspense.

Charles Palliser is the author of The Unburied, The Quincunx, and Betrayals. He has taught modern literature and creative writing at universities in Glasgow, London, and the United States. Since 1990 he has been a full-time writer. He lives in London.

Praise For The Unburied…

The Washington Post Book World Probably generates as much plot per page as is humanly possible to.

Entertainment Weekly As the layers of dirty deeds are unearthed, [the novel] feels like an archaeological dig -- mesmerizing, meticulous.

The Wall Street Journal The Christmas ghost was a staple of Victorian holiday fiction, and The Unburied is an elegant update of the tradition that is both modern in its concerns and wholly convincing as an artifact of another age.

The New Yorker All the murders are puzzles, and Palliser constructs his plot like a maze and lures readers into it. The books ruthless consistency of style and the somewhat bleak view of humankind set it apart from the usual thriller.

Palo Alto Daily News There is little doubt that The Unburied confirms to all, British or American, that Palliser is one of the world's most imaginative historical novelists.

The Washington Post Book World A fine literary diversion for a winter's night or two....The novel's prose moves swiftly but pauses from time to time for lengthy -- and interesting -- conversations about the nature of religious belief, historical investigation, and marital passion. Palliser even inserts sentences that call to mind tags from nineteenth-century authors like Nietzsche and Thoreau ('When you come to die you'll realize that you have not lived').

The Wall Street Journal No one is exactly as he seems to be.

Publishers Weekly (starred review) A complex chronicle of evil, immorality, and greed....Both a gifted raconteur and a shrewd observer of human nature, Palliser should win new readers on this side of the Atlantic with this compulsively readable tale.
or
Buy Here
Copyright © 2020 American Booksellers Association