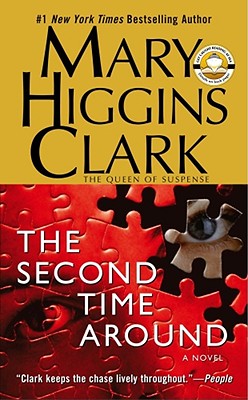 The Second Time Around (Mass Market)

The "Queen of Suspense," Mary Higgins Clark, delivers a gripping tale of deception and tantalizing twists that might have been ripped from today's headlines.

When Nicholas Spencer, the charismatic head of a company that has developed an anticancer vaccine, disappears without a trace, reporter Marcia "Carley" DeCarlo is assigned the story. Word that Spencer, if alive, has made off with huge sums of money -- including the life savings of many employees -- doesn't do much to change Carley's already low opinion of Spencer's wife, Lynn, who is also Carley's stepsister and whom everyone believes is involved. But when Lynn's life is threatened, she asks Carley to help her prove that she wasn't her husband's accomplice. As the facts unfold, however, Carley herself becomes the target of a dangerous, sinister group that will stop at nothing to get what they want.

The #1 New York Times bestselling author Mary Higgins Clark wrote forty suspense novels, four collections of short stories, a his­torical novel, a memoir, and two children’s books. With bestselling author Alafair Burke she wrote the Under Suspicion series including The Cinderella Murder, All Dressed in White, The Sleeping Beauty Killer, Every Breath You Take, and You Don’t Own Me. With her daughter Carol Higgins Clark, she coauthored five more suspense novels. More than one hundred million copies of her books are in print in the United States alone. Her books are international bestsellers.
or support indie stores by buying on
Copyright © 2020 American Booksellers Association