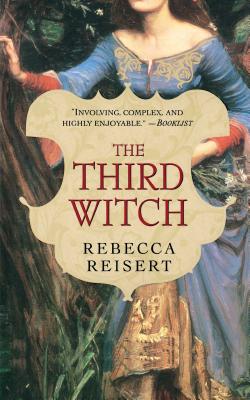 In this stirring debut novel, Rebecca Reisert enters the world of Shakespeare's Macbeth, in which a young woman's search for vengeance plunges her into a legendary tale of deceit, murder, and retribution....
I have made my life an arrow, and His heart is my home. I have made my life a blade, and His heart is my sheath....So pledges Gilly, vowing to destroy Macbeth, the most powerful man in medieval Scotland. She escapes from the hut in Birnam Wood in which she has lived for the past seven years, ever since she was taken in by Nettle and Mad Helga -- wise women whose powers are widely feared and reviled. Disguising herself as a servant boy, Gilly finds work in the kitchen of her enemy's castle. Soon she insinuates herself into the lives of Macbeth and his beautiful, dangerous wife, subtly manipulating the forces governing their fate. But as Gilly moves closer to her private revenge, she finds herself at risk when she confronts the startling legacy of a long-concealed heritage.

Praise For The Third Witch: A Novel…

Betsy Tobin Author of Bone House A gripping tale of revenge and betrayal that yokes the reader from the early pages.

The Birmingham Post (U.K.) One of the most original first novels you're likely to find.

Publishers Weekly Audacious....The supple language distantly evokes the poetry of the original.ŠWhat's best here is the fetid atmosphere, and the intriguing exploration of the place of women in macho Scotland.

Rebecca Reisert, the author of more than thirty plays, has taught high school English, acting, and creative writing for the past twenty-six years, and has directed four productions of Macbeth. The recipient of two National Endowment for the Humanities fellowships, Reisert currently heads the English department at a nationally ranked high school in Louisville, Kentucky. She lives in Indiana.
Loading...
or support indie stores by buying on