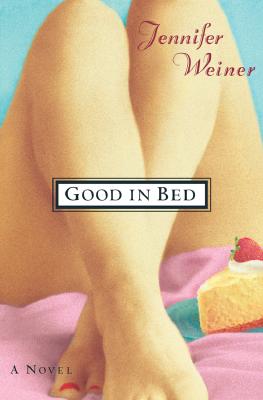 "At first my eyes wouldn't make sense of the letters. Finally, they unscrambled." Loving a Larger Woman, "said the headline, by Bruce Guberman. Bruce Guberman had been my boyfriend for just over three years, until we'd decided to take a break three months ago. And the larger woman, I could only assume, was me."


Cannie Shapiro never wanted to be famous. The smart, sharp, plus-sized pop culture reporter was perfectly content writing about other people's lives on the pages of the "Philadelphia Examiner." But the day she opens up a national women's magazine to find out that her ex-boyfriend has been chronicling their ex-sex life is the day her life changes forever.

For the previous twenty-eight years, things had been tripping along nicely for Cannie. Sure, her mother's come charging out of the closet, and her father's long since dropped out of her world. But she loves her job, her friends, her tiny rat terrier, Nifkin, and her life in Philadelphia. She loves her apartment, and her commodious, quilt-lined bed. She has made a tenuous peace with her non-size 6 body. And she'd even felt okay about ending her relationship with Bruce. But now this.

After finding herself publicly humiliated, with the most intimate details of her life in print, Cannie embarks on a series of hilarious and heartbreaking adventures. From showdowns with her snooping office nemesis to run-ins with her mother's less-than-lovable lifepartner, from trips to the glamour spots of New York City and Los Angeles to a disastrous reconciliation with the man who took her heart and tossed it onto the New Jersey Turnpike, Cannie navigates an odyssey she never planned on taking. She mourns her losses, faces the past, and figures out who she really is, and who she can become.

Radiant with wit, bursting with surprises, and written with bite and bittersweet humor, Jennifer Weiner's deliciously readable debut novel reaches beyond Cannie's story and into the heart of every woman. It features an unbelievably funny cast of supporting characters, the strangest dog you'll ever encounter, and, best of all, Cannie Shapiro -- a heroine you'll never forget.