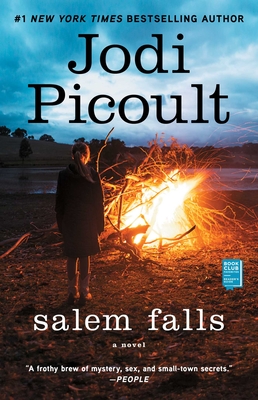 From #1 New York Times bestselling author Jodi Picoult comes a compelling and disturbing novel about a prep school teacher accused of rape by a group of young girls, the woman who stands by him, and the repercussions of the case in a small, New England town where the past is only a heartbeat away.

Love can redeem a man...but secrets and lies can condemn him.

A handsome stranger comes to the sleepy New England town of Salem Falls in hopes of burying his past: Once a teacher at a girls' prep school, Jack St. Bride was destroyed when a student's crush sparked a powder keg of accusation. Now, washing dishes for Addie Peabody at the Do-Or-Diner, he slips quietly into his new routine, and Addie finds this unassuming man fitting easily inside her heart. But amid the rustic calm of Salem Falls, a quartet of teenage girls harbor dark secrets -- and they maliciously target Jack with a shattering allegation. Now, at the center of a modern-day witch hunt, Jack is forced once again to proclaim his innocence: to a town searching for answers, to a justice system where truth becomes a slippery concept written in shades of gray, and to the woman who has come to love him.

"A frothy brew of mystery, sex, and small-town secrets."
-- People

"Gripping.... You'll be riveted by this multilayeredtale of small-town intrigue."
-- Glamour

"Picoult has carved her own niche with her novels -- one part romance, one part courtroom thriller, two parts social commentary.... She keep[s] the reader constantly guessing."
-- The Dallas Morning News