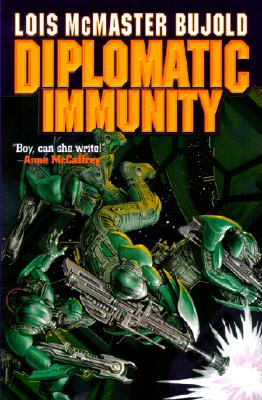 A rich Komarran merchant fleet has been impounded at Graf Station, in distant Quaddiespace, after a bloody incident on the station docks involving a security officer from the convoy's Barrayaran military escort. Lord Miles Vorkosigan of Barrayar and his wife, Lady Ekaterin, have other things on their minds.