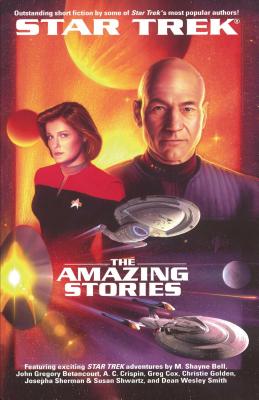 The Next Generation: The Amazing Stories Anthology (Star Trek )

From 1998 to 2000, Amazing Stories, the world's oldest science fiction magazine, presented a series of original Star Trek stories written by a number of bestselling authors. Now these little-seen Star Trek adventures have been collected together for the first time, along with brand-new tales written expressly for this volume!
Among the highlights:
Proving that amazing things sometimes come in small packages, these and other slices of the vast Star Trek universe provide a replicator's worth of treats for Trekkers everywhere!

John J. Ordover previously edited and oversaw the Star Trek franchise licensed novels. He is also the co-creator of many Star Trek spin-off series.
Loading...
or support indie stores by buying on