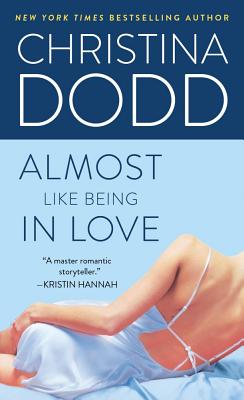 New York Times bestselling author Christina Dodd’s contemporary novel—set in Idaho ranch country—is the second book in a trilogy of heartwarming, sexy romances about three sisters who grew up in different foster families and are reunited as adults.

As the middle child, Pepper Prescott's rebellious nature helped her survive when her parents disappeared and she and her siblings were sent to different foster homes around the country. Now an independent young woman, Pepper finds herself on the run after witnessing a shooting. Fearing for her life, Pepper flees to the only place she ever considered home and is shocked to find her old lover, Dan Graham, living on the remote mountain ranch. A battle-hardened ex-Special Forces soldier, Dan no longer strikes Pepper as a man she can trust with her secrets, her life, and her love. But as long-simmering desires flare into a deep, sensual passion, Pepper realizes the only way she can reclaim her life is to ally herself with the enigmatic warrior who's willing to help fight for her future by solving the mysteries of her past—and making her his wife today.

"Shining with all the humor of her historical romances--but with a sassy edge that reflects the story's modern setting--Dodd's first foray into the contemporary arena is nothing short of a success. ... Dodd's surefooted story is lively, sexy and certain to expand her readership.
— Publishers Weekly on JUST THE WAY YOU ARE

"Warm characterizations and caperlike plot make Dodd's hot contemporary romance a delight, and the cliff-hanger ending will leave readers eager for the sequel."
— Booklist on JUST THE WAY YOU ARE

"Dodd adds humor, sizzling sensuality, and a cast of truly delightful secondary characters to produce a story that will not disappoint."
— Library Journal on JUST THE WAY YOU ARE

"Utilizing all the humor and warmth that have made her historical books keepers, Christina Dodd joins the contemporary ranks ...it looks like we're in for more fun and sexy romance."
— Romantic Times on JUST THE WAY YOU ARE

"The Sound of Music meets Jane Eyre in Dodd's refreshingly humorous addition to her post-Regency era Governess Brides series...passion thrums throughout, peaking in the sexy scenes Dodd's fans have come to expect."

Christina Dodd is the New York Times bestselling author of more than forty novels and novellas including Just the Way You Are, Scandalous Again, Lost in Your Arms, and In My Wildest Dreams. She has won numerous awards, among them the Romance Writers of America’s Golden Heart and RITA Awards. She lives in Stafford, Texas.
Loading...
or
Not Currently Available for Direct Purchase