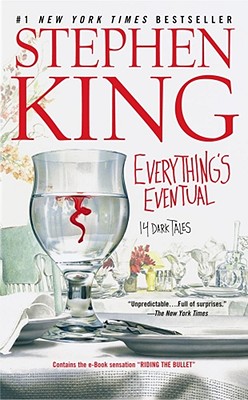 The acclaimed #1 New York Times and undisputed King of Horror Stephen King offers another spine-tingling compilation of short stories sure to keep a reader up late at night.

King is in terrifying top form in these fourteen short stories, taking readers down a road less traveled (for good reason) in the blockbuster ebook “Riding the Bullet”; bad table service turns bloody when you stop in for “Lunch at the Gotham Café”; and terror becomes déjà vu all over again when you get “That Feeling, You Can Only Say What It Is in French”—along with eleven more stories that will keep you awake until daybreak. Two of the stories, “The Little Sisters of Eluria” and “Everything’s Eventual “are closely related to the Dark Tower series.

Enter a nightmarish mindscape of unrelenting horror and shocking revelations that could only come from the imagination of the greatest storyteller of our time.