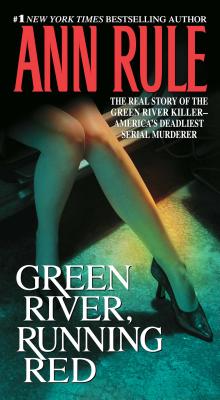 In her most personal and provocative book to date, the #1 bestselling master of true crime presents "her long-awaited definitive narrative of the brutal and senseless crimes that haunted the Seattle area for decades" (Publishers Weekly). This is the extraordinary true story of the most prolific serial killer the nation had ever seen -- a case involving more than forty-nine female victims, two decades of intense investigative work...and one unrelenting killer who not only attended Ann Rule's book signings but lived less than a mile away from her home.

Ann Rule wrote thirty-five New York Times bestsellers, all of them still in print. Her first bestseller was The Stranger Beside Me, about her personal relationship with infamous serial killer Ted Bundy. A former Seattle police officer, she used her firsthand expertise in all her books. For more than three decades, she was a powerful advocate for victims of violent crime. She lived near Seattle and died in 2015.
Loading...
or
Not Currently Available for Direct Purchase