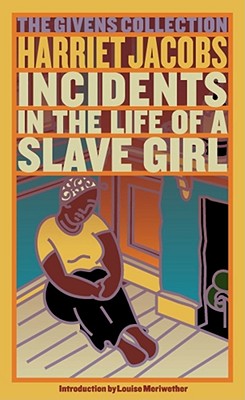 Incidents in the Life of a Slave Girl

Harriet Jacobs's Incidents in the Life of a Slave Girl is one of the most compelling accounts of slavery and one of the most unique of the one hundred or so slave narratives -- mostly written by men -- published before the Civil War.
The child and grandchild of slaves -- and therefore forbidden by law to read and write -- Harriet Jacobs was defiant in her efforts to gain freedom and to document her experience in bondage. She suffered physical and sexual abuse at the hands of her master at the age of eleven. In 1842, she fled North and joined a circle of abolitionists that worked for Frederick Douglass's newspaper. In 1863, she and her daughter moved to Alexandria, Virginia, where they organized medical care for Civil War victims and established the Jacobs Free School.

Praise For Incidents in the Life of a Slave Girl: The Givens Collection…

Henry Louis Gates, Jr. One of the major autobiographies of the African American tradition.

Louise Meriwether Harriet Jacobs in her narrative reveals how she refused to be victimized within her own mind, but rather chose to act instead from a steadfast conviction of her own worth....Hers is an example worth emulating even in these modern times.

Louise Meriwether is author of six books, including the novels Daddy Was a Number Runner, Fragments of the Ark, and Shadow Dancing.
Loading...
or
Not Currently Available for Direct Purchase