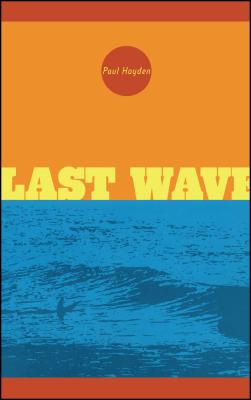 Seventeen-year-old Matt Owl Owen is living in the heyday between school and the rest of his life. He has his friends, the beach, and the surf -- and the big event on his calendar is a date with Hayley Churchill, an absolute goddess. When she asked him to take her to Stink's eighteenth birthday, Owl thought he'd die. Is it possible his best friend's sister has finally come to her senses, or is Owl just putting himself on?
It's supposed to be the best summer of his life, a final hurrah before Owl and his buddies are forced to grow up and start the next phase of life, but he and his surfing crew are about to get dragged kicking and screaming into the adult world -- and nothing will ever be the same again.

Paul Hayden grew up on the Gold Coast and in Sydney, and went to high school on Sydney's Northern Beaches. While at high school he surfed many of the breaks of Australia's east coast. After completing university, he traveled widely in Australia and South-East Asia, and lived in Europe. His short stories have appeared in popular and literary magazines in Australia. This is his first novel.
Loading...
or support indie stores by buying on