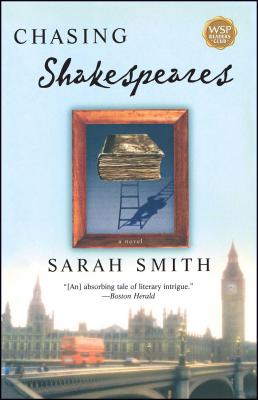 With this exhilarating novel from the author the San Francisco Chronicle calls daring and splendid, Sarah Smith cuts to the heart of one of literature's most fascinating and enduring mysteries: the enigma of Sir William Shakespeare. Meet Joe Roper, a thoroughly modern graduate student who has landed the job of a lifetime working in the famed Kellogg Collection of Elizabethan texts and curiosities. He's been passionate about Shakespeare since reading a duct-taped paperback copy of Macbeth as a kid. But if all the world's a stage, Joe's working-class roots do little to prepare him for his role in the academic arena. Enter Posy Gould, stage right. A glamorous rising star at Harvard, she insists that a letter Joe's found, signed by one W. Shakespeare of Stratford, is a career-making discovery for them both -- particularly because the letter suggests that the plays were not written from Shakespeare's quill. What follows is a literary adventure story that places Joe and Posy in a world where the London Eye looks out over Shakespeare's city, Hollywood producers rub elbows with the Queen's court, and an unsolved mystery spans across five centuries and two continents. A first-rate thriller from one of the masters of the genre, Chasing Shakespeares is also an enduring tale about love, art, and poetic justice.

Seattle Times Smith has succeeded in building up considerable suspense around the mystery of Shakespeare's authorship. But perhaps best of all is the way the novel returns us again and again to Shakespeare's words. Smith reminds us that Shakespeare still matters -- whoever he was.


Kirkus Reviews Anyone who enjoyed...A. S. Byatt's Possession or Josephine Tey's The Daughter of Time will be suitably charmed -- and enlightened. Literate, polished literary entertainment.