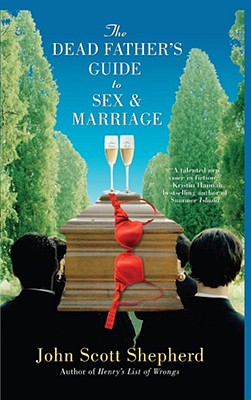 Joe Way loved his father. He admired, respected, and emulated him. And if the adulterous bastard hadn't dropped dead on the first tee, Joe just might have murdered him.
The son of Cleveland's mayor and an all-American coverboy, Joseph Way Jr. is following his father's footsteps into public service. A hotshot assistant D.A., he's blessed with his father's knee-buckling charm and the love of a whiplash blonde from a respected family.
For Joe Way, life can't get any better. So, it's about to get a whole lot worse.
It starts when Joe finds out upstanding Joseph Sr. has been cheating on Joe's mother for some twenty-five years...and continues the next morning at the country club when Joseph swings his Big Bertha driver right into a haymaker heart attack. Complicating already complicated matters is the brutal death of an alluring young Hispanic girl from the wrong side of town, a girl who may have gotten mixed up with Joseph, his Democratic rival, and the political warfare between them.
The very next night, Joseph himself shows up, rummaging for leftovers in Joe's refrigerator and telling his son "dying is hungry business." Joseph needs his son's forgiveness to find eternal peace, but Joe isn't quite convinced he deserves it.
Just when Joe's head can't spin any faster, enter the political Juliet to his Romeo, stunning liberal mestiza Mara Pinkett. She quickly becomes his nemesis, his confidante, and his greatest temptation.
In just five short days before he's expected to deliver a eulogy for his iconic father, Joe Way must solve the mysteries of a brutal murder, his father's secret life...and his own heart.

Author/screenwriter John Scott Shepherd, a native Clevelander and a deeply disturbed Browns fanatic, now lives in Southern California with his wife Susan and children Natalie, Jack, and Cooper.
Loading...
or support indie stores by buying on