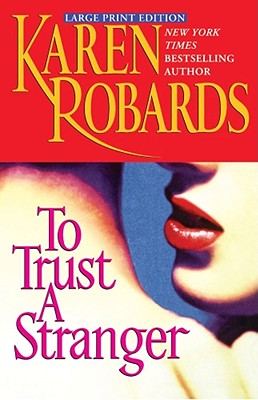 To Trust a Stranger

Suspicion. It burned through every nerve and fiber of Julie Carlson—the heartbreaking, infuriating suspicion that her husband was having an affair. To the rest of the world, Sid Carlson was a wealthy contractor with friends in highly influential places. But to Julie, he was a man who had cheated on their marriage vow—and she knew she had to take desperate measures. Who can she trust? Heartbroken by her husband, Julie turns to a handsome stranger.

Mac McQuarry knew better than to mix women and work: the private detective had tracked enough cheating spouses to know unbridled desire usually has no good end. And he had enough trouble of his own: the disgraced former cop had been bumped way down to his current status after an explosive shakedown of the Charleston police department. But when Julie Carlson hires him, Mac can't resist. Not only is she drop-dead gorgeous, but her husband, a longtime enemy, was a player in Mac's inglorious downfall—and he'd love nothing more than to catch the corrupt jerk with his pants down, so to speak.

But what begins as a run-of-the-mill assignment spiced by a fiery flirtation with beautiful Julie suddenly spirals into a harrowing race for survival. Tracking the Carlsons' car down a lonely road one night, Mac witnesses an incredible hit that targeted Julie—and suddenly Mac and Julie have become the hunted. With the mob and the police in hot pursuit, they can rely only on each other as they crash their way through a maze of buried secrets and deadly deceptions.

Praise For To Trust a Stranger…

Karen Robards is the New York Times, USA TODAY, and Publishers Weekly bestselling author of more than fifty books and one novella. Karen published her first novel at age twenty-four and has won multiple awards throughout her career, including six Silver Pens for favorite author. Karen was described by The Daily Mail as “one of the most reliable thriller...writers in the world.” She is the mother of three boys and lives in Louisville, Kentucky.
Loading...
or support indie stores by buying on