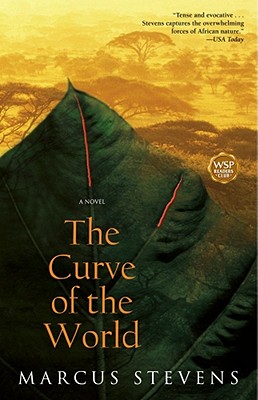 After New York businessman Lewis Burke's plane makes an emergency landing in a remote area in Congo basin, armed rebels seize the aircraft, forcing Lewis to flee into the rainforest. As he struggles to survive the unrelenting heat, battling thirst and hunger, he confronts his darkest fears and greatest disappointments: his crumbling marriage; his distant relationship with his seven-year-old son, Shane; and the lack of meaning in his life. When Lewis's wife, Helen, discovers that he has disappeared, she dares to search for him herself. As she and Shane trek upriver into the forbidding forest, thwarded at every turn by the military conflict raging around them, the boy's visions and dreams of his father give Helen hope. Meanwhile, Lewis is rescued -- and ushered deeper into the jungle -- by a young Congolese boy, who helps him find a side of himself he thought he'd lost. A stirring adventure, The Curve of the World is a riveting story about crossing barriers and regaining love, and about the resilience and tenacity of the human spirit.

Marcus Stevens lives in Montana with his wife and three children. He has traveled widely in Africa. The Curve of the World is his first novel.
Loading...
or support indie stores by buying on