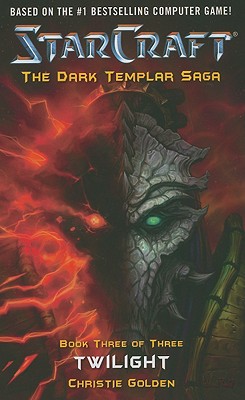 After the seeming defeat of the dark archon Ulrezaj on the protoss homeworld of Aiur, Jake and Rosemary become separated as they flee through the newly repaired warp gate. Rosemary finds herself with the other refugee protoss on Shakuras, while Jake is catapulted elsewhere. But Jake does not have long to live: their enemies are regrouping, and Zamara’s essence must be separated from Jake’s mind before time runs out.

New York Times bestselling and award-winning author Christie Golden has written more than forty novels and several short stories in the fields of science fiction, fantasy, and horror. Among her many projects are over a dozen Star Trek novels and several original fantasy novels. An avid player of World of Warcraft, she has written two manga short stories and several novels in that world. Golden lives in Tennessee. She welcomes visitors to her website: ChristieGolden.com.
Loading...
or
Not Currently Available for Direct Purchase