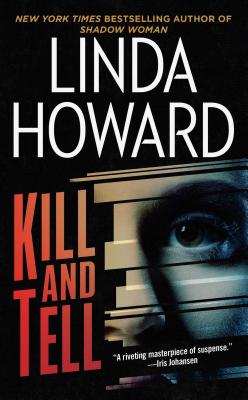 Still reeling from her mother’s recent death, Karen Whitlaw is stunned when she receives a package containing a mysterious notebook from her estranged father, whom she has barely seen since his return from the Vietnam War decades ago. Then, a shocking phone call: Karen’s father has been murdered on the gritty streets of New Orleans.

For homicide detective Marc Chastain, something about the case of a murdered homeless man just doesn’t add up—especially after he meets the victim’s daughter. Far from the cold woman he expected, Karen Whitlaw is warm and passionate. She is also in serious danger. A string of “accidents” have shaken Karen to the core and forced her into the protective embrace of the charming detective she vowed to resist. Together they unravel a disturbing story of politics, power, and murder—and face a killer who will stop at nothing to get his hands on her father’s secrets.

Linda S. Howington is a bestselling romance author writing under the pseudonym Linda Howard. She has written many New York Times bestsellers, including Up Close and Dangerous, Drop Dead Gorgeous, Cover of Night, Killing Time, To Die For, Kiss Me While I Sleep, Cry No More, and Dying to Please. She is a charter member of Romance Writers of America and in 2005 Howard was awarded their Career Achievement Award. Linda lives in Gadsden, Alabama, with her husband, Gary F. Howington, and two golden retrievers. She has three grown stepchildren and three grandchildren.

Praise For Kill and Tell: A Novel…