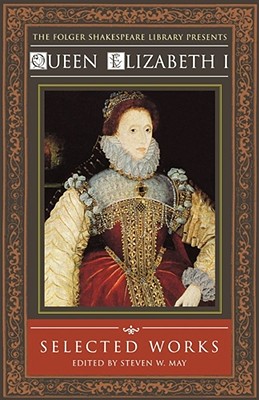 An impeccably researched collection of the public and private writings of the great British monarch
Queen Elizabeth I was one of the most charismatic of English sovereigns, and one of the most prolific. While her more famous public speeches are familiar to some, many of her private writings have never before been printed or made accessible. Now, for the first time, a generous selection of her poetry, speeches, essays, letters, prayers, and translations is being made available to a popular audience. From a poem written in charcoal on a wall at Woodstock Palace by the twenty-two-year-old imprisoned princess, to the speech the thirty-year-old queen gave in response to parliamentary pressure that she marry, to the fascinating letters sent to her emissaries as they conducted the kingdom's business, this collection of the selected writings of Elizabeth I is a privileged glimpse into the mind of one of the most compelling rulers of the Western world.
Authenticity was a guiding principle in the selection of these readings. This volume grew out of the many manuscript texts of Elizabeth's works Professor Steven W. May discovered while preparing the Bibliography and First-Line Index of English Verse, a twelve-year research project that took him to more than 100 manuscript archives in this country and the United Kingdom.
The anthology offers a broad selection of Queen Elizabeth's works and includes the most authentic and interesting English texts that survive in her handwriting. Her written words reveal not only Elizabeth's political and psychological insight, but her literary gifts as well. The texts, presented in modern spelling and set forth in their historical context, are accompanied by extensive explanatory notes and introductory material.
An impressive collection of rare documents, presented with abundant commentary and full explanatory notes, as well as an informative introduction providing helpful background on Elizabeth's life and letters.