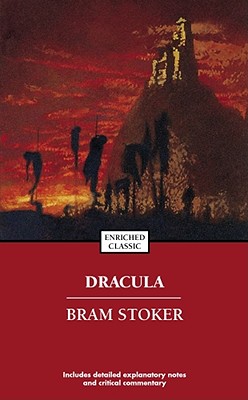 A true masterwork of storytelling, Dracula has transcended generation, language, and culture to become one of the most popular novels ever written. It is a quintessential tale of suspense and horror, boasting one of the most terrifying characters ever born in literature: Count Dracula, a tragic, night-dwelling specter who feeds upon the blood of the living, and whose diabolical passions prey upon the innocent, the helpless, and the beautiful. But Dracula also stands as a bleak allegorical saga of an eternally cursed being whose nocturnal atrocities reflect the dark underside of the supremely moralistic age in which it was originally written—and the corrupt desires that continue to plague the modern human condition.

Enriched Classics present the great works of world literature enhanced for the contemporary reader. This edition of Dracula was prepared by Joseph Valente, Professor of English at the University of Illinois and the author of Dracula's Crypt: Bram Stoker, Irishness, and the Question of Blood, who provides insight into the racial connotations of this enduring masterpiece.

Bram Stoker was born November 8, 1847, in Dublin, Ireland. Stoker was a sickly child who was frequently bedridden; his mother entertained him by telling frightening stories and fables during his bouts of illness. Stoker studied math at Trinity College Dublin, graduating in 1867. He worked as a civil servant, freelance journalist, drama critic, editor and, most notably, as manager of the Lyceum Theatre. Although best known for Dracula, Stoker wrote eighteen other books, including Under the Sunset, The Snake’s Pass, The Jewel of Seven Stars, The Lady of the Shroud, and The Lair of the White Worm. He died in 1912 at the age of sixty-four.
Loading...
or support indie stores by buying on
(This book is on backorder)