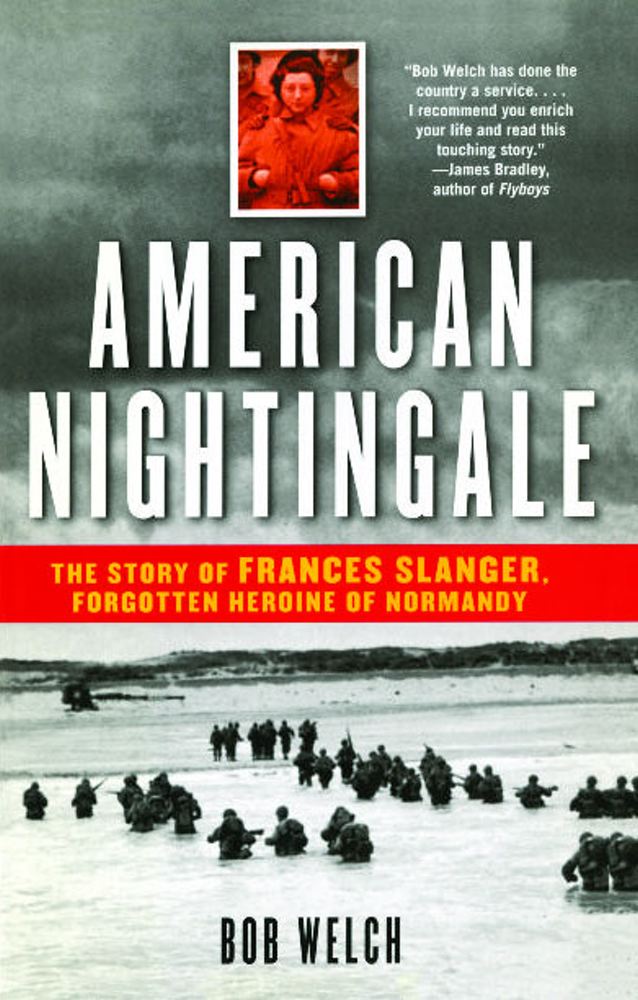 The Story of Frances Slanger, Forgotten Heroine of Normandy

She was a Jewish girl growing up in World War I-torn Poland. At age seven, she and her family immigrated to America with dreams of a brighter future. But Frances Slanger could not lay her past to rest, and she vowed to help make the world a better place -- by joining the military and becoming a nurse.
Frances, one of the 350,000 American women in uniform during World War II, was among the first nurses to arrive at Normandy beach in June 1944. She and the other nurses of the 45th Field Hospital would soon experience the hardships of combat from a storm-whipped tent amid the anguish of wounded men and the thud of artillery shells. Months later, a letter that Frances wrote to the Stars and Stripes newspaper won her heartfelt praise from war-weary GIs touched by her tribute to them. But she never got to read the scores of soldiers' letters that poured in. She was killed by German troops the very next day.
American Nightingale is the unforgettable, first-ever full-length account of the woman whose brave life stands as a testament to the American spirit.

Praise For American Nightingale: The Story of Frances Slanger, Forgotten Heroine of Normandy…

"Bob Welch has done the country a service....I recommend you enrich your life and read this touching story."
-- James Bradley, author of Flyboys

"A heartwarming story for all ages."
-- Booklist

"One day the name Frances Y. Slanger will be linked in the annals of the Army Nurse Corps with the same reverence universally accorded Florence Nightingale."
-- Kent Hunter, Boston Evening American, 1944

Bob Welch, an award-winning columnist for The Register-Guard newspaper, is the author of seven books. His work has appeared in Reader's Digest and Los Angeles Times Magazine, among other publications. He is an adjunct professor of journalism at the University of Oregon in Eugene, where he lives.
Loading...
or support indie stores by buying on