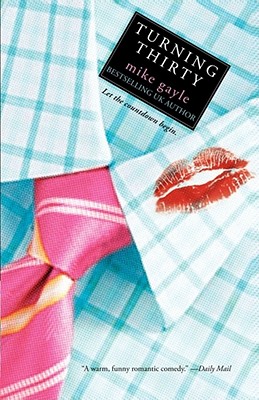 What's the big deal?
Unlike a lot of people, Matt Beckford is actually looking forward to turning thirty. His twenties really weren't so great...and now he has his love life, his career, his finances -- even his record collection -- pretty much in order, like any good grown-up should. But when, out of the blue, Elaine announces she "can't do this anymore," Matt is left with the prospect of facing the big three-oh alone. Compounding his misery is the fact that he has to move back in with his parents.
What's it all about, Alfie?
Mum and Dad immediately start driving Matt up the wall, and emails from Elaine and nights out with his old school chum Gershwin aren't enough to snap Matt out of his existential funk. So he decides to track down more old schoolmates and see how they're handling this thirty thing. One by one, he gets in touch with the rest of the magnificent seven -- Pete, Bev, Katrina, Elliot, and Ginny, his former on-off girlfriend -- and soon the old gang is back together. But they're a lot older and a lot has changed and, even if he and Ginny still seem attracted to each other, you can't have an on-off girlfriend when you're thirty. Can you?

"Delightfully observant nostalgia...will strike a chord with both sexes."
-- She (Book of the Month)

Mike Gayle is the author of the British bestsellers Turning Thirty, Mr. Commitment, and My Legendary Girlfriend. He's also a freelance journalist and a former advice columnist. He lives in England.
Loading...
or support indie stores by buying on