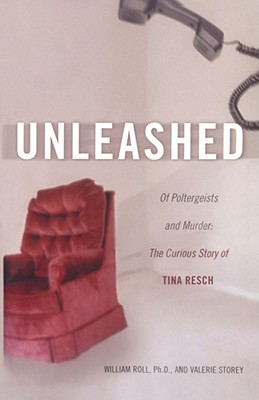 Of Poltergeists and Murder: The Curious Story of Tina Resch

One scientist's account of the poltergeist case that made headlines across the country -- and the riveting examination of a child's mysterious murder. When she was just fourteen years old, Tina Resch became the center of the best-documented case of poltergeist activity of the twentieth century. During the spring of 1984, Tina's home in Ohio was thrown into chaos: appliances turned themselves on without electric current, objects flew through the air, furniture scooted across the floor. Censured endlessly by her adoptive family and thrust into the eye of a media twister thanks to one reporter's photographic evidence of a flying phone, Tina was propelled into a downward spiral that led to an abusive marriage, a divorce, and the birth of a child -- all before her twentieth birthday. Three years later she was charged with that child's murder, and she is currently serving a life sentence for a crime as controversial, mysterious, and complex as the accused herself -- a crime she maintains she did not commit.
Unleashed is Tina's story as told by a parapsychologist who witnessed striking paranormal phenomena in Tina's presence. Examining the destructive powers of thwarted emotions from a scientific perspective, William Roll sheds remarkable light on the case of Tina Resch -- and boldly confronts our cultural responses to events that cannot be easily explained.

William Roll, Ph.D., is an Oxford-educated parapsychologist on the faculty of the psychology department of the State University of West Georgia in Carrollton, Georgia. Over the course of his extensive career he has written three books and more than two hundred scientific articles. He has appeared on numerous segments of Unsolved Mysteries, as well as on the Discovery Channel and other television documentaries. In 1996, Roll received the Outstanding Career Award from the Parapsychological Association, and in 2002 he received the Tim Dinsdale Memorial Award from the Society for Scientific Exploratio

Praise For Unleashed: Of Poltergeists and Murder: The Curious Story of Tina Resch…


Unleashed is a gripping account of that strange, unguarded borderland between mind and matter, where thought and emotion explode onto the physical world in chaotic, unpredictable ways. Unleashed should come with a warning label: MAY FOREVER CHANGE YOUR WORLDVIEW.