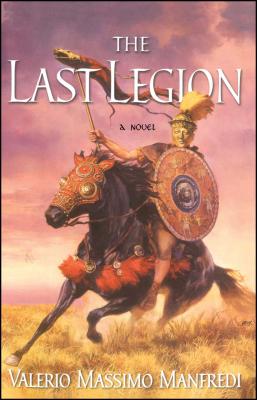 The Roman world is in the throes of death, but a new myth, destined to span the centuries, is waiting to be born. The camp was quiet. Mist shrouded the plains and the Nova Invicta Legion, the legendary warriors charged with protecting the last emperor of Rome, settled in for another cold and bitter night. Then, through the fog, the barbarians appeared. In a space of a few hours, all was lost -- the Roman Empire lay in ruins. But not all the Romans are dead. From the dust of the battlefield, a band of seemingly immortal legionaries rise up. They are the Last Legion. Risking their lives, they attempt an audacious mission to free the young emperor and his enigmatic tutor from the hands of their captors.
The Last Legion is a bewitching novel of bravery, love, myth, and magic. Valerio Massimo Manfredi has written an epic that will hold you spellbound until the very last page.