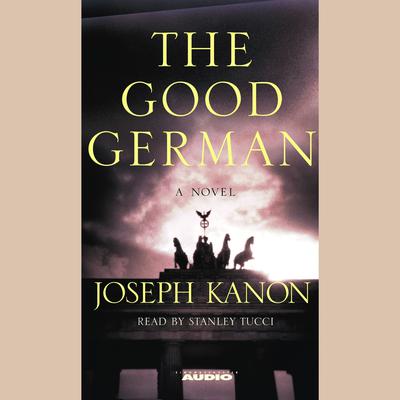 Set in Berlin just after the end of World War II, a brilliant thriller that was also made into a film starring George Clooney and Cate Blanchett.

With World War II finally ending, Jake Geismar, former Berlin correspondent for CBS, has wrangled one of the coveted press slots for the Potsdam Conference. His assignment: a series of articles on the Allied occupation. His personal agenda: to find Lena, the German mistress he left behind at the outbreak of the war.

When Jake stumbles on a murder -- an American soldier washes up on the conference grounds -- he thinks he has found the key that will unlock his Berlin story. What Jake finds instead is a larger story of corruption and intrigue reaching deep into the heart of the occupation. Berlin in July 1945 is like nowhere else -- a tragedy, and a feverish party after the end of the world.

As Jake searches the ruins for Lena, he discovers that years of war have led to unimaginable displacement and degradation. As he hunts for the soldier's killer, he learns that Berlin has become a city of secrets, a lunar landscape that seethes with social and political tension. When the two searches become entangled, Jake comes to understand that the American Military Government is already fighting a new enemy in the east, busily identifying the "good Germans" who can help win the next war. And hanging over everything is the larger crime, a crime so huge that it seems -- the worst irony -- beyond punishment.

At once a murder mystery, a moving love story, and a riveting portrait of a unique time and place, The Good German is a historical thriller of the first rank.
Loading...