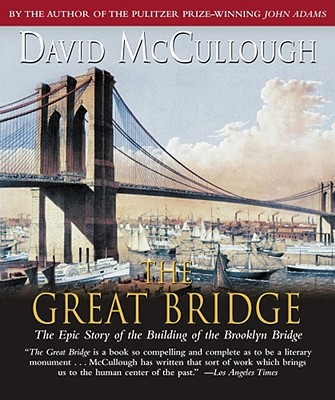 "The Great Bridge is a book so compelling and complete as to be a literary monument. . . . McCullough has written that sort of work which brings us to the human center of the past."
—Los Angeles Times