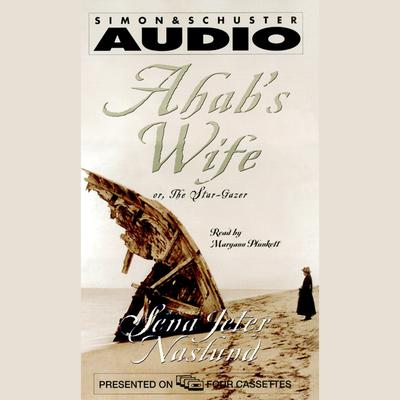 This is destined to be remembered as one of the most-recognized first sentences in literature -- along with "Call me Ishmael." And Una Spenser, the transcendent hero at the center of Ahab's Wife may well become every bit as memorable as Ahab.

Inspired by a brief passage, in Moby, Dick, Sena Jeter Naslund has created an entirely new universe -- an epic-scale, enthralling and compelling saga, spanning a full, rich, eventful, and dramatic life. In the "soprano voice" whose absence critics lamented in Moby Dick -- the strong intelligent voice of a woman whose life is dominated by the sea -- Naslund tells many stories.

She narrates a family drama, as the child Una is sent away to live in a lighthouse to escape the blows of her religion-mad farther. She spins a romantic adventure, as Una finds early passion with a sailor, and disguised as a cabin boy, runs away to sea. She paints a portrait of a real, loving marriage, as through Una's eyes we see Ahab before the White Whale takes his leg and sends him into madness. Finally, she gives us a new perspective on the American experience, as the widowed Una makes a new life for herself in the company of Margaret Fuller, Frederick Douglass, Emersion and others.

Sena Jeter Naslund has thoroughly imbibed the spirit of Herman Melville, and that spirit permeates every scene of her novel. But great as her debt to Melville may be, Ahab's Wife stands alone, intact and vital. Inspired by a masterpiece, it is a masterwork in its own right.

Sena Jeter Naslund is Distinguished Teacher Professor at the University of Louisville and is on the MFA faculty of Vermont College. She is co-founder of The Louisville Review and of the Fleur-de-Lys Press. She lives in Louisville, Kentucky.