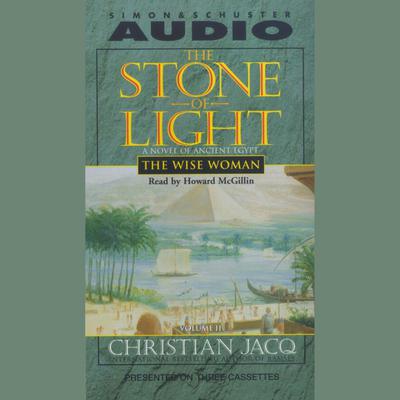 They built a civilization ahead of its time, and dominated the ancient world.

They defined an era of war, love, passion, power, and betrayal.

They were a people of mystery whose secrets have turned to dust -- but who inspire our awe and wonder even to this day...

They showed us how to live. And how to die.

Christian Jacq, author of the international triumph Ramses, brings the people and the passions of ancient Egypt ot life in an enthralling epic novel in four volumes.

The Stone of Light

Ramses the Great is dead. His son, Merenptah, is the new Pharoah. And the forbidden village that hides the Stone of Light, the great jewel of the ancient lands, is in turmoil. Ramses had protected this hidden, prestigious city and its legendary treasure; now, the future is not so clear...As bands of artist and craftsmen race to complete the Great Pharoah's tomb, their work is overseen by an extraordinary and respected master builder. His wife, gifted with beauty, courage, and healing powers, has come to be called the Wise Woman. But can she conquer the deadly traps that have been set for the master builder and his crews by a ruthless enemy?
Loading...