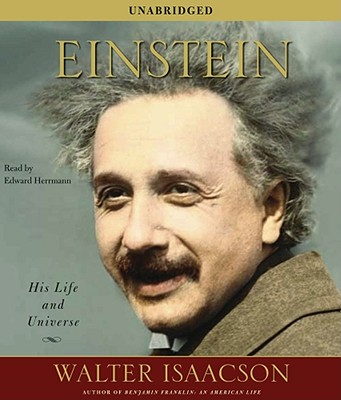 Winner of the 2008 Audie Award for Biography/Memoir

The definitive, internationally bestselling biography of Albert Einstein. Now the basis of Genius, the ten-part National Geographic series on the life of Albert Einstein, starring the Oscar, Emmy, and Tony Award–winning actor Geoffrey Rush as Einstein.

"Isaacson has managed the extraordinary feat of preserving Einstein's monumental stature while at the same time bringing him to such vivid life that we come to feel as if he could be walking in our midst."
-- Doris Kearns Goodwin, author of Team of Rivals

Walter Isaacson, a professor of history at Tulane, has been CEO of the Aspen Institute, chair of CNN, and editor of Time. He is the author of Leonardo da Vinci; The Innovators; Steve Jobs; Einstein: His Life and Universe; Benjamin Franklin: An American Life; and Kissinger: A Biography, and the coauthor of The Wise Men: Six Friends and the World They Made. Visit him at Isaacson.Tulane.edu.