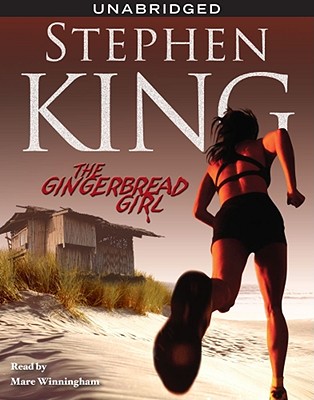 In the emotional aftermath of her baby's sudden death, Em starts running. Soon she runs from her husband, to the airport, down to the Florida Gulf and out to the loneliest stretch of Vermillion Key, where her father has offered the use of a conch shack he has kept there for years. Em keeps up her running -- barefoot on the beach, sneakers on the road -- and sees virtually no one. This is doing her all kinds of good, until one day she makes the mistake of looking into the driveway of a man named Pickering. Pickering also enjoys the privacy of Vermillion Key, but the young women he brings there suffer the consequences. Will Em be next?

Mare Winningham has appeared in more than fifty film and television projects, garnering an Academy Award nomination for Georgia and Emmy Awards for the telefilms George Wallace and Amber Waves. She is also an accomplished singer-songwriter.

Praise For The Gingerbread Girl…

"Winningham relates the story with honesty and sincerity, capturing the melancholy and sadness that abounds in Em's mind. Her gripping delivery is the stuff that great performances are made of. Winningham brings the protagonist to life while still managing to capture the strong sense of foreboding that so often permeates King's tales....The result is a captivating experience sure to ignite the senses of the listener." - AudioFile, on The Gingerbread Girl
or
Not Currently Available for Direct Purchase
Copyright © 2020 American Booksellers Association