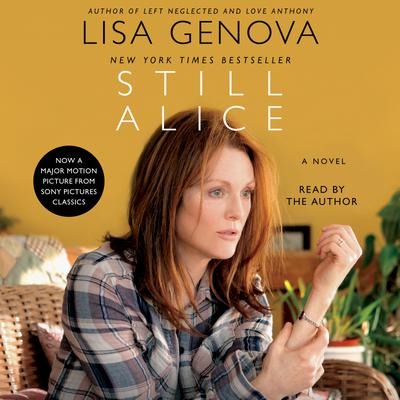 Alice Howland, happily married with three grown children and a house on the Cape, is a celebrated Harvard professor at the height of her career when she notices a forgetfulness creeping into her life. As confusion starts to cloud her thinking and her memory begins to fail her, she receives a devastating diagnosis: early onset Alzheimer’s disease. Fiercely independent, Alice struggles to maintain her lifestyle and live in the moment, even as her sense of self is being stripped away. In turns heartbreaking, inspiring, and terrifying, Still Alice captures in remarkable detail what it’s like to literally lose your mind...

Reminiscent of A Beautiful Mind, Ordinary People, and The Curious Incident of the Dog in the Night-time, Still Alice packs a powerful emotional punch and marks the arrival of a strong new voice in fiction.
Loading...