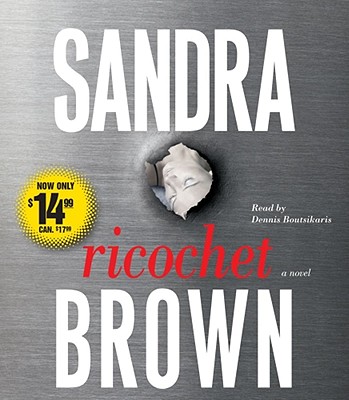 When Savannah detective Duncan Hatcher is summoned to an unusual crime scene, he knows discretion is key. Influential Judge Cato Laird's beloved trophy wife, Elise, has fatally shot a burglar. She claims self-defense, but Duncan suspects she's lying, and puts his career in jeopardy by investigating further. Then, in secret, Elise makes an incredible allegation, which he dismisses as the lie of a cunning woman trying to exploit his intense attraction to her. But when Elise goes missing, Duncan finds that trusting the wrong person could mean the difference between life and death for both of them.

Sandra Brown is the author of sixty-eight New York Times bestsellers, including Mean Streak, Deadline, Low Pressure, and Smoke Screen. Brown began her writing career in 1981 and since then has published over seventy novels, most of which remain in print. Sandra and her husband, Michael Brown, live in Arlington, Texas.

Dennis Boutsikaris won an OBIE Award for his performance in Sight Unseen and played Mozart in Amadeus on Broadway. Among his films are *batteries not included, The Dream Team, and Boys On the Side. His many television credits include And Then There Was One, Chasing the Dragon and 100 Center Street.
or
Not Currently Available for Direct Purchase