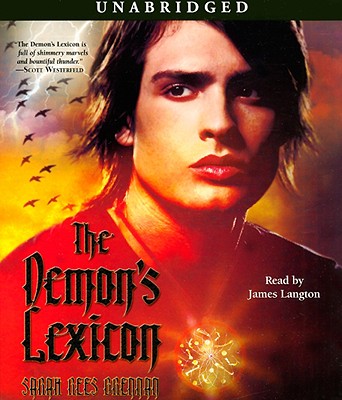 Nick and his brother, Alan, have spent their lives on the run from magic. Their father was murdered, and their mother was driven mad by magicians and the demons who give them power. The magicians are hunting the Ryves family for a charm that Nick's mother stole -- a charm that keeps her alive -- and they want it badly enough to kill again.

Danger draws even closer when a brother and sister come to the Ryves family for help. The boy wears a demon's mark, a sign of death that almost nothing can erase...and when Alan also gets marked by a demon, Nick is desperate to save him. The only way to do that is to kill one of the magicians they have been hiding from for so long.

Ensnared in a deadly game of cat and mouse, Nick starts to suspect that his brother is telling him lie after lie about their past. As the magicians' Circle closes in on their family, Nick uncovers the secret that could destroy them all.

Praise For The Demon's Lexicon…

James Langton trained as an actor at the Royal Scottish Academy of Music and Drama and later as a musician at the Guildhall School in London. He has worked in radio, film and television, also appearing in theater in England and on Broadway. James was born in York, England and now lives in New York City.
Loading...
or
Not Currently Available for Direct Purchase