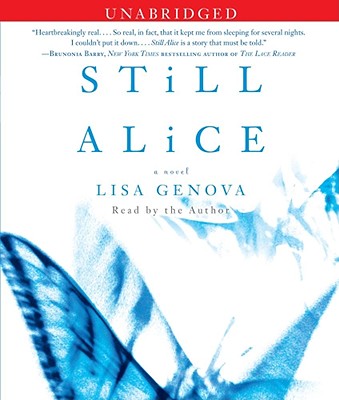 What if every memory you've ever had will be erased from your mind, and you have no choice but to carry on...powerless to stop it?

Alice Howland is proud of the life she worked so hard to build. At fifty years old, she's a cognitive psychology professor at Harvard and a world-renowned expert in linguistics with a successful husband and three grown children. When she begins to grow disoriented and forgetful, a tragic diagnosis changes her life -- and her relationship with her family and the world -- forever.

At once beautiful and terrifying, this extraordinary debut novel by Lisa Genova is a moving and vivid depiction of life with early-onset Alzheimer's Disease that is as compelling as A Beautiful Mind and as unforgettable as Ordinary People.