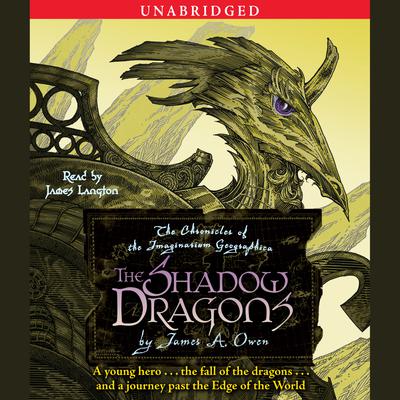 The Shadow Dragons (Chronicles of the Imaginarium Geographica, The) (Digital Audiobook)

World War II has been raging for three years, but a more terrible evil is just over the horizon. The last stones are falling from the Keep of Time, and the Imperial Cartological Society, led by Richard Burton, has collected doors and is building a new tower at the request of an old enemy: the Winter King's shadow. He has a terrible weapon -- the Spear of Destiny -- that can be used to command the shadows of anyone it touches.

The Shadow King uses the Spear of Destiny to enlist an unstoppable army of Dragon shadows. And after the Archipelago falls, the Shadow King intends to use the turmoil of World War II to take over both worlds.

All the legendary Caretakers, past and present, come together to save two worlds, and their only hope lies with a small group of companions who are on the quest for the broken sword Caliburn: the Grail Child, Rose Dyson; her clockwork companion, the owl Archie; a dead professor of ancient literature; and the mythical knight Don Quixote.
Loading...