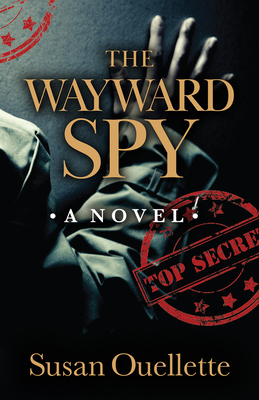 The terrorist threat has changed. The consequences haven’t.

When her fiancé, a CIA operative accused of treason, is killed overseas, intelligence analyst Maggie Jenkins smells cover-up and sets out to clear his name. Maggie disobeys direct orders and travels to Tbilisi, Georgia, to follow a trail littered with secrets and lies, corruption and deceit, risking her own life to expose the terrorist threat at the intersection where the Russian Mafia, Chechen rebels, Al Qaeda and … US government officials meet.

From the halls of power in Washington, D.C. to the political chaos of the former Soviet Union, Maggie must confront players from the intelligence, political, and criminal worlds who will do anything to stop her. How far will Maggie go to uncover the truth?

Susan Ouellette was born and raised in the suburbs of Boston, where she
studied international relations and Russian language and culture at both Harvard University and Boston University. As the Soviet Union teetered on the edge of collapse, she worked as an intelligence analyst at the CIA, where she earned a commendation for her work done during the failed 1991 Soviet coup. Subsequently, Susan worked on Capitol Hill as a professional staff member for the House Permanent Select Committee on Intelligence (HPSCI).

It was there in the Capitol Building, during quiet moments, that Susan conceived of Maggie Jenkins, an intrepid female character thrust into a dangerous situation borne of tragedy. Next came the threads of a plot, and from that blossomed her first espionage thriller, The Wayward Spy.

Susan lives on a farm outside of Washington, D.C., with her husband, three boys, cats, chickens, turkeys, and too many honeybees to count. In her spare time, she loves to read, root for Boston sports teams, and spend time staring out at the ocean on the North Carolina coast.