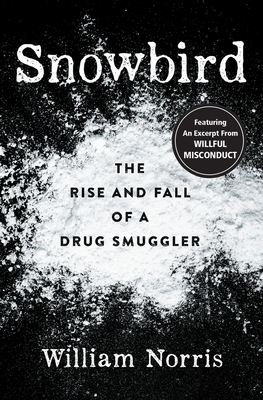 The Rise and Fall of a Drug Smuggler

A decade of crime, treachery, and adventures of the Medellin Cartel.

Andrew Richard Barnes survived crashes, gunfire, treachery, and betrayal and still lived to tell the tale. Snowbird explores the heinous crimes and dangerous expeditions of the man who flew the first cocaine shipment for the Medellín Cartel into the United States.

As a young pilot with a family at home and little money to spare, Barnes was easily coerced by promises of wealth to make these daring excursions. After his first trip in 1977, he realized there was no going back and continued the dangerous flights for over a decade.

William Norris sits down with Barnes as he recounts his experience smuggling drugs for the Columbian cartel. As a pilot himself, Norris includes anecdotes of aircrafts and flying intertwined with Barnes’s captivating drug smuggling adventures.