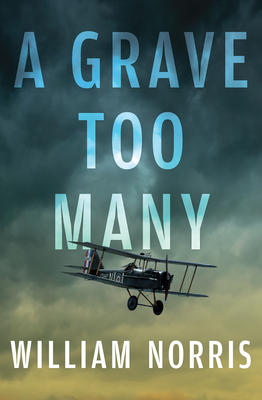 A Grave Too Many

Don't go up without a parachute.
John Kruger is a commercial pilot long on the run from Afrikaner nationalists for smuggling black activists out of apartheid-era South Africa. As a flyer of old collectible planes, he now wants nothing more than to enjoy his hobby, party, and play the field. Then John discovers that World War I hero and flying ace Andrew Beauchamp-Proctor seems to be buried in two places 6,000 miles apart. Out of a sense of duty toward the man who inspired him to become a pilot, John begins a search for the truth. Records claim that, while practicing for an air display, Andrew lost control of his SE5A and lost his life-or did he? And who is the mysterious old man who waves to Kruger as he flies overhead, only to demand to be left in peace when they meet on the ground? John and his latest girlfriend set off on a journey to uncover Andrew's real whereabouts, but Andrew's secrets aren't the only ones threatening to be unearthed. As John's own past catches up to him, the pair unwittingly lands in the crosshairs of a racist South African group with a sinister plot-forcing them to fight for their lives and for justice.