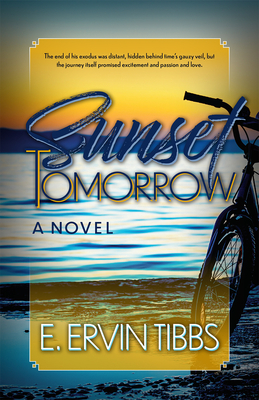 Jude and his friends are penniless, jobless, and spend most of their days at the Shack bartering for booze. They have known each other for years, yet they don’t know much about each other. That is until the group of misfits embark on a twenty-four hour adventure to fulfill the wish of a six-year old boy.

Toby has spent most of his life in hospitals fighting a rare cancer. All he wants for his birthday is a blue bicycle, but his mother can’t even afford to buy him a birthday cake. Jude and his friends make it their mission to grant this little boy’s birthday wish, but how will they raise enough money before sunset tomorrow?

E. Ervin Tibbs was born into a family of migrant farm workers, camped under a fig tree in central California. It was 1939, the tail end of the Great Depression, and many still suffered its aftermath. In Europe, the dogs of war were straining at their leashes, but in the U.S., penny candy actually cost a penny.

Throughout his lifetime, Ervin has survived by being flexible. He has picked cotton, built boats, worked as a roustabout, served as a hitch in the U.S. Army Intelligence, and the list could go on much longer.

Ervin’s writing has been nominated for many awards. His short story “Winter Falcon” was the runner-up in the 1992 St. Martin’s Press Best New Detective contest. Another of his short stories, “The Shaman’s Apprentice,” was a finalist in the 2002 Time Warner Best Fantasy Contest.

He is now a retired chemist and spends his days building custom guitars and writing.