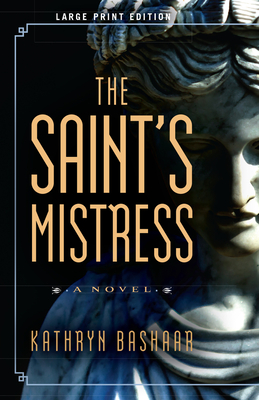 Told against the fourth-century backdrop of the fall of the Roman Empire and the rise of Christianity, The Saint’s Mistress breathes life into the previously untold story of Saint Augustine and his beloved mistress. Defying social norms and traditions, the love between the Roman aristocrat Aurelius Augustinus and Leona, a North African peasant, creates a rift with Aurelius’ mother Monnica, his powerful patron Urbanus, and the marital laws of the Roman Empire. When Monnica and Urbanus succeed in separating Leona from her son and securing a more suitable fiancée for Aurelius, Leona commits herself to the Church.

Feeling the ever stronger pull of the evolving Christian church, Leona and Aurelius walk separate paths in service of their faith. When many years later Leona and Aurelius, now Bishop Augustine, meet again, old passions re-ignite, perennial feuds smolder, and the fate of the Roman Empire in North Africa hangs in the balance.

A love story for the ages, The Saint’s Mistress brings to life the monumental struggle between love, faith and religious office.

As a small child, Kathryn Bashaar earned the nickname Suitcase Simpson, for the little suitcase of books that she carried with her everywhere. She developed her own writing by keeping a journal starting at age 11. All 53 years of those journals still live in a closet in her home.

The idea for The Saint’s Mistress came to her while browsing in a library. She picked up a short biography of Saint Augustine and was surprised to learn that he had a mistress and a child. She developed an obsession with finding out more about the mistress, but found that history has been mostly silent about her. Even Leona’s real name has been lost. The Saint’s Mistress is Kathryn’s attempt to bring Leona back into the narrative, based on the known facts of Augustine’s life and early Christianity. Kathryn and her husband traveled to Rome and Milan to complete research for the book.

Kathryn blogs about Pittsburgh history at www.kathrynbashaar.com. She lives in the South Hills of Pittsburgh with her husband Allen and a very cranky cat, within just a few miles of her mother, children, grandson, brother, sister and nephews. Kathryn and Allen have traveled extensively in Europe and North America, but are always glad to come home to their beloved hometown.

Kathryn’s fiction and non-fiction have been published in The Pittsburgh Post-Gazette, Civil War Times, and the literary journals Metamorphosis and PIF. Her short story, “Infamy,” won an Honorable Mention in Glimmer Train’s 2014 short-short fiction contest.