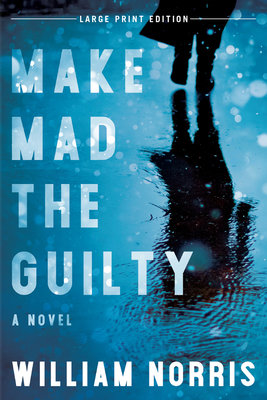 Jason Verne is an All-American Hero. As the first man to set foot on Mars after a solo journey into space, he quickly became a familiar figure in every living room. His good-will and human courage won over the hearts of many, including the daughter of world-famous televangelist, Timothy Grayson. His meteoric rise didn't end there. While settling into the limelight with his wife and new baby Timmy, he became the perfect candidate to move into the White House.

But this kind of fame and power comes at a price. The midnight kidnapping of Timmy Verne leaves the world aghast. Who would commit the capital offence of breaking the Lindbergh Law?

Then veteran reporter Albert Choate notices suspicious parallels between the kidnapping of the president-elect's only child and another event that occurred almost a hundred years ago-the Lindbergh Kidnapping. History seems to be repeating itself. Is this some sort of twisted coincidence, or could the Trial of the Century be occurring all over again for some other sinister purpose?