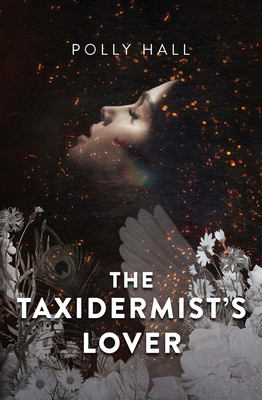 A modern Gothic tale of a woman obsessed with her lover's taxidermy creatures and haunted by her past.

One stormy Christmas, Scarlett recalls the ebb and flow of a yearlong love affair with Henry, a renowned taxidermist. Obsessed with his taxidermy creatures, she pushes him to outdo his colleague and world-famous rival in a crescendo of species-blending creativity. Scarlett will not be able to avoid a reckoning with her own past as Henry's inventions creep into her own thoughts, dreams, and desires.

Drenched in the torrential rains of the Somerset moorland and the sensual pleasures of the characters, The Taxidermist's Lover lures you ever deeper into Scarlett's delightfully eerie world.

"Hall's writing is lush, filled with startling conclusions about the nature of art and love and death." -New York Times Book Review

"The menace increases slowly but relentlessly, permeating every corner, and the twists, plentiful but also well earned, pile up, resolving in a near-perfect horror ending . . . A] lyrical debut, told with the confidence of a veteran." -Booklist, Starred Review

"Creepy and sensual . . . the tension between Scarlett and Henry is riveting . . . making The Taxidermist's Lover a luxurious, macabre romance." -Foreword Reviews

"As strange as it is disturbing . . . It's Scarlett's] highly personal confessional tone, exposed internal conflicts, grotesque dreams, and desires that draw the reader in." -Kirkus Reviews

"Rich, decadent prose . . . allusions to The Bride of Frankenstein nicely ground the ending in the gothic tradition." -Publishers Weekly