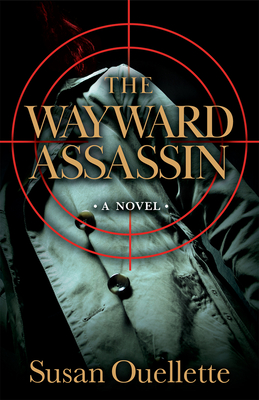 Although told to stand down now that the Chechen rebel who killed her fiancé is dead, CIA analyst Maggie Jenkins believes otherwise and goes rogue to track down the assassin. Soon it becomes clear that failure to find Zara will have repercussions far beyond the personal, as Maggie uncovers plans for a horrific attack on innocent Americans. Zara is the new face of terrorism–someone who doesn’t fit the profile, who can slip undetected from attack to attack, and who’s intent on pursuing a personal vendetta at any cost.

Chasing Zara from Russia to the war-torn streets of Chechnya, to London, and finally, to the suburbs of Washington, D.C., Maggie risks her life to stop a deadly plot.


Praise For The Wayward Assassin…

“[I]n Ouellette’s entertaining sequel . . . Ouellette, herself a former intelligence analyst for the CIA, imbues the exciting action with authenticity. Readers will want to see more of the wily Maggie . . .” —Publishers Weekly

Susan Ouellette was born and raised in the suburbs of Boston, where she
studied international relations and Russian language and culture at both Harvard University and Boston University. As the Soviet Union teetered on the edge of collapse, she worked as an intelligence analyst at the CIA, where she earned a commendation for her work done during the failed 1991 Soviet coup. Subsequently, Susan worked on Capitol Hill as a professional staff member for the House Permanent Select Committee on Intelligence (HPSCI).

It was there in the Capitol Building, during quiet moments, that Susan conceived of Maggie Jenkins, an intrepid female character thrust into a dangerous situation borne of tragedy. Next came the threads of a plot, and from that blossomed her first espionage thriller, The Wayward Spy.

Susan lives on a farm outside of Washington, D.C., with her husband, three boys, cats, chickens, turkeys, and too many honeybees to count. In her spare time, she loves to read, root for Boston sports teams, and spend time staring out at the ocean on the North Carolina coast.