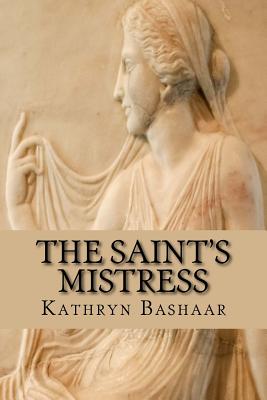 Told against the fourth-century backdrop of the fall of the Roman Empire and the rise of Christianity, The Saint's Mistress breathes life into the previously untold story of Saint Augustine's beloved mistress. A North African peasant, Leona, falls in love with the aristocratic Augustine and comes into conflict with his mother, his patron and the Empire itself in her fight to keep her family together and win legitimacy for their son. When Leona and Augustine are re-united after a separation of many years, old passions are reignited and the fate of the Roman Empire in North Africa is decided.

Before she could even read, Kathryn Bashaar earned the nickname "Suitcase Simpson" for the little suitcase of books she carried everywhere she went, and her passion for literature has continued into middle age. The Saint's Mistress is her first novel. Her essays and short stories have been published in the Pittsburgh-Post Gazette, the Civil War Times, and the literary journal Metamorphosis. Kathryn lives in Pittsburgh, PA, with her husband, Al, and is thrilled that both of her adult children and her first grandchild also live in Pittsburgh.
Loading...
or
Not Currently Available for Direct Purchase