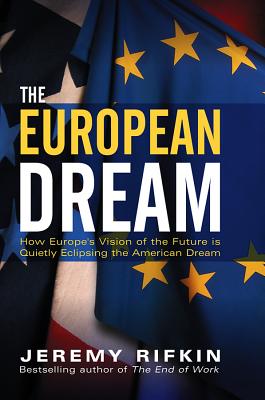 At one time the American Dream was the ideal and envy of the world. But today, at the dawn of the new Millennium, Europe is pointing a new way to the future. In this major new book, best-selling author Jeremy Rifkin argues that Europe has a vision of its own and is overtaking America as the world's next superpower.


The American Dream was based on economic growth, personal wealth and independence. It was synonymous with love of country and patriotism, frontier mentality and the unbridled exercise of power. Yet what were once considered prime virtues - cherished and idealised not only in America but throughout the world - are increasingly seen by many as drawbacks and even impediments. But while the American Dream tires and languishes in the past, a new European Dream is being born. Today we see a new set of values emerging which are focused on sustainable development, quality of life and multilateralism. More cosmopolitan and less concerned with the brute exercise of power, the European Dream is better positioned to accommodate the many forces that are propelling us into a more interconnected and interdependent world.


Where does Britain fit into this story? The British find themselves betwixt and between a fading American Dream and a newly emerging European Dream which is gaining the upper hand in our contemporary global age. Rifkin argues that Britain is uniquely positioned to play a bridge role between Europe and America and has the potential to help create a synergy between the two superpowers of the 21st century. But in order to exercise any real influence in world affairs, Britain must choose to be part of a larger political entity. In a globally connected world, no people can exist any longer as an island unto themselves. The only question for Britain is whether it will make its home with America or with Europe.

Jeremy Rifkin is the best-selling author of The End of Work, The Biotech Century, and The Age of Access, each of which has been translated into more than fifteen languages. Since 1994, Mr. Rifkin has been a fellow at the Wharton School's Executive Education Program, where he lectures to CEOs and senior corporate management from around the world on new trends in science and technology and their impacts on the global economy, society and the environment. He is also an advisor to heads of state and government officials in a number of countries. Mr. Rifkin's monthly column on global issues appears in many of the world's leading newspapers and magazines, including The Guardian in the United Kingdom. He is president of the Foundation on Economic Trends in Washington, D.C
Loading...
or
Not Currently Available for Direct Purchase