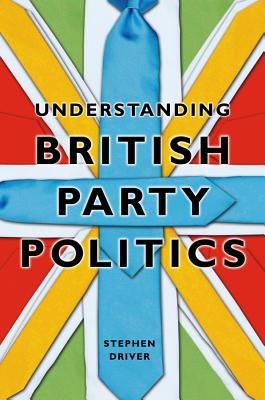 The 2010 general election caught many by surprise as it swept away the old certainties of two-party politics. But, as Stephen Driver shows in this new book, multi-party politics had already established itself as a feature of contemporary British political life. In recent years, both Labour and the Conservatives lost their iron grip on the electorate and the Liberal Democrats emerged as a significant and credible third party force across the country. In local, devolved and European elections, smaller parties from across the ideological spectrum have been adding to the political mix.

This fluid and uncertain political scene provides a unique moment to explore the dynamics of UK political parties and the key challenges facing them as they grapple with the changing shape of politics in 21st century Britain. Key questions explored in this book include:

Moreover, at a time when trust in politics has hit an all time low, political parties are facing a crisis in confidence. Membership of mainstream parties has melted away, while support for pressure groups in areas such as the environment and human rights has grown. At the same time, parties rely on hired professionals to win support among the growing number of independently-minded voters. In understanding how political parties have become much more aggressive, professionally-driven organizations, this book points to real concerns about their capacity to engage and mobilise an increasingly critical and disenchanted electorate. British politics needs strong parties, but to regain voters' trust, they need to change.

Stephen Driver is head of the Department of Social Sciences at Roehampton University.
Loading...
or support indie stores by buying on