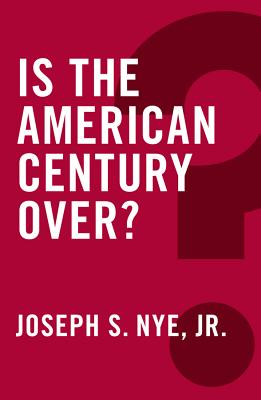 Is the American Century Over? (Global Futures)

For more than a century, the United States has been the world's most powerful state. Now some analysts predict that China will soon take its place. Does this mean that we are living in a post-American world? Will China's rapid rise spark a new Cold War between the two titans?

In this compelling essay, world renowned foreign policy analyst, Joseph Nye, explains why the American century is far from over and what the US must do to retain its lead in an era of increasingly diffuse power politics. America's superpower status may well be tempered by its own domestic problems and China's economic boom, he argues, but its military, economic and soft power capabilities will continue to outstrip those of its closest rivals for decades to come.

Joseph S.Nye, Jr. is University Distinguished Service Professor and former dean of the Harvard Kennedy School of Government
Loading...
or support indie stores by buying on